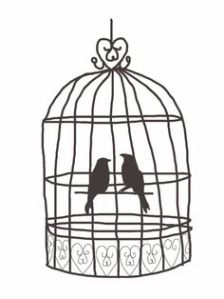 On the day you took the job of Prime Minister of Australia, you laid your flag in the ideological-dirt by proclaiming your intention to run a ‘thoroughly Liberal Government committed to freedom, the individual and the market’. I’ll cut to the chase. This letter calls bullshit on your misrepresentation of the word ‘freedom’. I think it’s time we all saw through this smug cover for what you are really running: a market that benefits the privileged over everyone else.

Let’s have a look at what the word freedom actually means. Here are two useful definitions: ‘The state of being free or at liberty rather than in confinement or under physical restraint’. ‘Exemption from external control, interference, regulation’. Comparing these descriptions to the rules that you prefer to run the Australian economy by, it’s obvious that your idea of a ‘free market’ makes us all, collectively, not-free.

The muddying of the water starts with your notion that government regulation constrains freedom. The only thing government regulation does, which is why, coincidentally, you don’t like it, is to constrain the greed of you and your rich mates so you can’t monopolise resources in order to keep getting richer. The fact is, your ‘rich get richer’ rules are constraining our economy and in turn, our collective wealth. Government policies which level the playing field are actually making us all freer, and richer. All of us.

Let’s look at your job as an example. If there existed a free market for the job of Prime Minister, the only thing I would need to get this job is to be the most merited candidate. Tony Abbott disproves the freedom of the Prime Minister market by showing that any moron, born with a silver spoon, with a private school education, who lives in a blue-ribbon Liberal seat full of voters who would vote for the Liberal candidate even if that candidate was a misogynist bucket of cement, who can box his way to Oxford, is eligible for the top job. No merit required.

You also disprove the idea of meritocracy in the market for Prime Minister yourself, through your waffling-weak-incompetence, which so far in a year has made you a bigger disappointment than the Australian swimming team at Rio. In your world, freedom might mean the availability of means in which to donate $2 million dollars to your own campaign, without even noticing it gone, to ensure you win government by a one seat majority. But that’s not merit Malcolm. That’s buying your way out of trouble.

What this really comes down to is that you say freedom fries and I say potato. Where you see freedom in mining markets, I see big miners paying their way out of a fair rate of tax for selling resources that belong to Australians. Where you see freedom in healthcare, where the rich have access to better lifesaving services, I see those who can’t afford the services locked into health problems that limit their freedom to do what they want with their lives. Where you see freedom when your government stops taking responsibility for a social safety net, and hollowing out services for the disadvantaged, I see a small square box that locks poor people into prison-like poverty, where they don’t have any freedom to live their lives in dignity. Where you see freedom in education, where the rich can buy their way to test scores that privilege their futures over those who weren’t born into wealth, I see the poor chained at the bottom rung of the ladder, which they have no hope of climbing because your rules have removed the rungs. This is not freedom Malcolm. This is entrenched privilege. This is stacking the deck in favour of the people who already own the deck and all the deck chairs on it.

You have famously said, over and over again, that there has never been a more exciting time to be an Australian. I beg to differ. Australia was better off without you and your greedy ideological crusade to lock us all away from a free Australia. A truly free market promoting government, under the real definition of the word free, would provide all the necessary regulatory requirements to ensure there is nothing constraining the freedom of all citizens to live a fulfilling life; to have the healthcare, the education, the job and career opportunities, the quality of life that should be afforded equally no matter the circumstances they are born into, to anyone who has the motivation and strive to achieve it.

Australia will never be the best version of itself until we strip away the limits to our freedom, which stop us meeting our full potential. When the rules you want us to play by mean that all the resources for wealth are unequally cloistered away by the upper-echelons of the wealthiest in society, and sometimes diverted into Panama tax havens, in order to privilege only the already rich and their offspring, to buy their way to success, to remove freedom for everyone else to compete, you do the whole country a disservice. When our collective talents aren’t given every opportunity to contribute – the freedom to contribute – our country is stifled by your rules of the game, where, low and behold, only people like you, the undeserving, can win.

You need to get out of the way of real freedom Malcolm. You need to stop being a roadblock in the way of meritocracy and embrace the true meaning of the word ‘free’. Only then will it really be an exciting time to be an Australian.