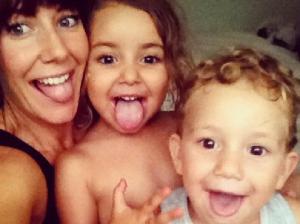 As a nation, Australia has come a long way in its understanding of, and lack of tolerance for domestic violence. The tireless campaign by Rosie Batty has been a huge part of this. There have been major steps forward in police procedures to deal with domestic violence cases, in urging women to report abuse and in training the media how to speak about such violence. There’s a long way to go, but any improvement should be welcomed. As a nation we are growing up. However, I can’t help but think the recent reporting of the Sally Faulkner child custody case is an example of a lack of willingness to call a spade a spade when it comes to a very common type of domestic violence: psychological and emotional abuse.

It became obvious to me soon after becoming a parent that the worst thing that could ever happen to me would be to lose my child. Just the thought of something happening to my daughter makes me flush with fear. A close second fear behind my child being killed or badly injured is the idea of her being taken away from me.

In an interview on The Project, Sally Faulkner’s ex-husband Ali Elamine, the father of her children, explained that he chose not to return his children to their home in Australia after what he agreed was to be a holiday in Lebanon because he wasn’t happy about Sally’s new relationship. Let’s call a spade a spade. Ali was jealous. And he had the perfect way to enact revenge – denying Sally her children.

Ali has never accused Sally of being a bad parent, and has never said he’s keeping the children from her for their own safety or for their wellbeing. He’s even admitted his children miss their mother, and callously, said the time difference between Lebanon and Australia has made it easier to get away with keeping them apart. Let that settle for a second. This man is masterminding a situation where his 6 year old daughter and 4 year old son, children well old enough to feel deep fear and devastation over the loss of their mother, are being purposely separated from her, in order to hurt her for having a new relationship. The children are not just missing out on a relationship with their mother, but also their new sibling, a 3 month old baby they haven’t met and no doubt extended family and friends in Australia. And what about their schooling? Do they speak Lebanese? Their grandmother and a maid, who they were in the care of when they were taken off the street, didn’t appear to speak English. What is life like for these children in Beirut, without their mother, in the care of a manipulative father, who cares more about hurting his ex-wife than showing a base-standard level of care and understanding for the love his children feel for their mother?

Please explain to me how Ali’s action don’t constitute domestic violence of the worse kind? More spade-calling: Ali is abusing his ex-wife and abusing his children. But I haven’t once seen a single media report using the phrase ‘domestic violence’ to call this out. Instead, Ali is given a platform in numerous media interviews to turn himself into the victim. It’s as if everyone who has spoken to him is being really careful not to offend him. The abuser. And now Sally’s had to give up the rights she had to custody, in order to be reunited with her three month old baby in Australia, to get out of prison. As punishment for trying to get her children back, she’s lost them again. Now that Ali has his way, and has custody in Lebanon, he is holding this over Sally, acting like a hero by promising that maybe in the future, she might get a chance to see her children, but it’s up to him. Maybe in a few years. He’s in control. What? Seriously people. What the actual?

Of course the whole situation is messy; there are layer upon layers of moral, ethical and practical problems that have resulted in this situation. On top of the fact that any martial relationship breakdown is difficult, you have different cultures and religion at play; Sally has full custody of the children Australia, and Ali has a Shia religious court order granting him custody in Lebanon. Channel 9 has made things messier by getting involved, and now the whole operation is framed as a ‘botched kidnapping’ and Sally is somehow one of the villains. I don’t care if the situation was reversed, and it was a mother taking her children from their father and refusing him contact. I don’t care if it’s a Lebanese family hiding out in Australia, using Australian laws to block the other parent’s access. I don’t care what some patriarchal religious court has to say about the whole thing. I don’t care who paid who to do what, who got involved, who was reading whose emails, that Ali likes to surf (?) and whether he has, disgustingly, profited from the whole affair. I care about the right a woman has to her children, and the right those children have to their mother.

Just like in the case of domestic violence when a man physically beats his wife, the only way we can truly remove the little contradictions in our minds when we hear ourselves thinking ‘why didn’t she leave’, ‘what did she do to deserve this’, ‘maybe she should stop nagging him’ and all the other excuses we, as a society, make for the man, and use to blame-shift just ever so slightly to the woman, is to think of how we would react if it was a stranger giving that woman a black eye and sending her to the emergency room to have her lip stitched. What if Sally Faulkner’s children were taken by a stranger and she couldn’t make contact with them, she could no longer tell them she loves them, give them a cuddle and read them a story and drop them off at school and laugh with them, and buy them ice-cream, and you know, have a relationship with them. Would the media pussy-foot around calling her act of desperation a crime of kidnapping, and framing Sally as the villain if she was trying to reunite herself with her children having been separated from them by someone other than their father and her ex-husband? What difference does it make that this is a domestic situation, rather than a random kidnapping? The result is the same. The hurt is the same.

Yes, Ali is their father just as much as Sally is their mother, so you would think he might understand how desperately devastating it would be to have them taken away from him. Apparently revenge is more important to him than love. Has anyone interviewing him asked him what has motivated such hatred? Has anyone asked him to reflect on the children’s welfare? I’ve heard people say ‘it’s a private matter’, or ‘there are two sides to every story’. Don’t these sound exactly like the excuses we have been using as a society forever to ignore physical domestic violence, as an excuse not to get involved?

At the end of the day, underneath these layers of media intrigue in the various intricacies of the whole affair, is an abused woman and her children. Sally is understandably desperate to do literally anything to see her children. Of course she is. If someone stole my daughter away from me, I would lose my mind. I would do anything within my power, within the bounds of my control, absolutely anything to get my child back. Sally is the victim of an act of selfish, conniving, jealous, vindictive, controlling, heartless, manipulative, cruel domestic violence. And so are her children. How about we talk about the story from this frame, and as a society, work productively towards stopping this type of violence occurring?