An Open Letter to Cory Bernardi 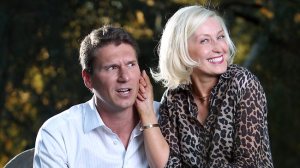 Before you ignore this letter like all the other outraged mail you must be getting in response to your book, The Conservative Revolution, you should know that this is not a letter of grievance. It is one of congratulations. I want to congratulate you for your honesty and your commitment to your ideals, which you are obviously unwilling to hide whether you’re causing yourself and your government political pain or not. Well done Cory. Brave man.

I also want to congratulate you for forcing this honesty onto Tony Abbott. Some in the media are already reporting that Abbott is distancing himself from your published work, but when you actually scrutinise what Abbott has said, he’s done nothing of the sort. Today, through a spokesperson mind you, Abbott released this statement:

“Senator Bernardi is a backbencher and his views do not represent the position of the government”.

I’m sure you’re just as interested in this statement by Abbott as I am, so let’s scrutinise it further. The first few words are nothing because we already knew you were a backbencher. You chose to step down as Abbott’s front-bench-attack-dog-in-chief after public outrage concerning your interest in bestiality. Note you made the decision to resign. Abbott didn’t fire you. This is an important distinction. Abbott called you ‘ill-disciplined’ which I can only assume meant you were ill-disciplined in hiding the real values of Abbott and his right-wing crazies. I mean colleagues. Like you.

The next part of Abbott’s very brief statement, which I also note is wholly lacking in condemnation, says that your views do not represent the position of the government. These words were selected very carefully I assume. And I’m sure you’ve noticed the same thing I have Cory. I’m sure you are fully aware of the little back-handed way Abbott has quite consciously refused to censure what you said. He’s decided not to make any personal comment about how he feels about the horrid nature of what you call ‘ideals’. He’s commented about the position of the ‘government’, which he, I’m really sorry to say, is currently in control of. These are weasel words that do nothing to personally distance Abbott from anything you have said. This is like me saying ‘Senator Bernardi lives in Adelaide and his views do not represent the position of the state of South Australia’. Abbott’s statement neither approves nor condemns what you have published, and in no way distances him from what I can only conclude from this lack of distancing is a shared opinion on abortion, on family structures and on the relationship between church and state.

So now that I’ve conclusively cleared up the shared values that you have publically outed on behalf of your right wing colleagues, including Tony Abbott, I just want to summarise for you how disgusting you and Tony Abbott and others who share your views are. From one of the many outraged Australians who can’t stand the idea of people like you representing our interests, I want you to know that Abbott might not be distancing himself from you, but your book will ensure the electorate distances itself wholeheartedly from you at the next election.

How dare you say that the children of single mothers are promiscuous and lawbreakers. Apart from the fact that you have no research or data to back up this abhorrent assumption, you also have no right to judge families who for many reasons, often outside of their control, are not viewed as ‘traditional’ by you. How dare you accuse women of using abortion as birth control. The outrage I would like to express about this sentiment is too overwhelmingly expansive for this letter, but let me just try to explain it with one descriptive word that sums up you and your mate Abbott. Hateful. Full of hate.

The thing that upsets me most about you, if it is possible to rank my objections without diminishing how outraged I am about some more than others, is your idealism around bringing the church into your government. If it wasn’t bad enough that you’ve ripped science out of your government, now you are trying to do exactly what progressives like me feared you were going to do, and what we warned people you would do, and what no one wanted to hear when they were busy giving you and Abbott a free pass and what people who voted for you refused to admit after you all promised not to do this. You want to turn the secular nation of Australian into a religious state. You want to impose your biblical wrath on all of us. Through policy. Just like Julia Gillard warned us all you would do, but no on listened because they were too busy accusing her of playing the ‘gender card’. If Gillard was playing the gender card, you, Cory Bernardi, are currently playing the religious-zealot-hateful-judgemental-lunatic card. And Abbott is privately cheering you on.

I don’t want you to feel that this letter has gone from a congratulating tone, to one of negativity. So I will leave you with this message. Thank you again Cory for being brave enough to continue with your un-disciplined campaign to remind us, and to show the entire country exactly what you and Abbott and the rest of your conservative blue-tie wearing dinosaurs really think. We salute you. And we look forward to ripping apart future statements from Tony Abbott’s office full of weasel words that refuse to distance his views from yours.