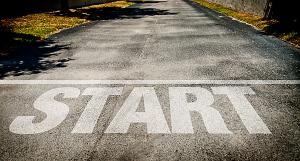 As the dust settles on Abbott’s election victory, I can’t help but feel extremely optimistic about this country’s future. That might sound like an odd thing to say, having blogged for three years about the nightmare prospect of an Abbott government. Don’t get me wrong, I know as well as anybody that we’re in for some very scary policy shifts in the next three years. However, since Abbott, thankfully, doesn’t control the Senate, and Rupert Murdoch doesn’t control the Senate and Gina Rinehart doesn’t control the Senate, all the money in the world isn’t going to help any of these three people to strip back the progressive reforms that were successfully implemented by the Gillard/Rudd government, should the Senate majority choose not to support these changes.

Abbott is going to have to sell his new policies and Labor policy rollbacks to small independent parties who owe him nothing. He’s promised not to negotiate with independents and minor parties to win power. But what point is there being in power if he can’t get anything done? He’s promised every angry bogan in Australia that he’s going to ‘axe the Carbon Tax’, and presumably they expect him to now axe the Emissions Trading Scheme. He’s promised every angry bogan and Gina Rinehart that he will axe the Mining Tax, but will he be able to do this without a majority in the Senate? So I hope Abbott’s feeling pretty impotent right now. And worried. Come the next election, not even hot daughters and a Murdoch media campaign can hide the fact that the angry bogans haven’t been given what they’ve been promised.

But Abbott’s impotence isn’t the only reason for my optimism. I also think an Abbott government is going to give the Labor party, and all progressive voters, a golden opportunity to go back to basics, and to question what exactly it is that we want from a progressive government and how we can bring about change without hitting the same hurdles which have damaged progressive reform in the last decade. Here are the lessons we need to learn to get things back on track in time to comprehensively beat Abbott in 2016. Bring on the One Term Tony campaign!

The issue of industrial relations was practically absent from this year’s election, even though Abbott’s front bench will essentially mimic John Howard’s front bench, the creators of Work Choices. There is no doubt that Abbott, or his backers at least, have an industrial relations policy in the works, ready to spring on unsuspecting voters who seem completely comfortable voting for a party who refuse to tell them what they plan to do in government.

But my question for progressive voters is this – should we wait until Abbott threatens worker’s rights to rise up and fight like we did in 2007, or should we be shoring up worker’s rights constantly, with a Labor Party that works in alliance with the Labour Movement through strong, fair, effective unions?

The problem with a strong, successful union movement is that unions have become the victims of their own success. Workers no longer acknowledge they need union support, until the moment they need union support. Union membership is at an all time low, especially amongst a younger generation of voters who have benefited from and lived complacently with union negotiated rights from the very start of their working lives.

I think it’s time progressive voters start to have a frank discussion about the role of unions in Australia, the benefit of unions, the relationship between the Labour Movement and the Labor Party, and the importance of unions working with the Labor Party. I think we should talk about the role of unions in the executive branch of the party – is it possible for them to have a fair influence without controlling everything? This sounds like a huge can of worms, but what better time to open it than now?

Uniting to get what we want

Long time readers of my blog will have noticed my frustration throughout this election campaign with the failure of progressive Green voters to unite with Labor voters to defeat Abbott with a unified front. Many will no doubt argue that Labor had no intention of unifying with Greens either, which may be so. But when Greens are actively campaigning against Labor, it does make the prospect of a united front a little hard to envisage.

When I say that progressive voters need to go back to basics, I think it’s really important that Greens voters and Labor voters start to realise that we’re not each other’s enemy and that we should be able to work together to bring about progressive reform, to the benefit of all of us.

For instance, using the policy of the Mining Tax as an example, it would be helpful if Greens supporters could at least acknowledge that Labor was forced to engage in a huge battle with rich mining companies over this policy.  In a perfect world, Labor would have preferred a mining tax that more resembled the one outlined in the Henry Review, however progressive reform is not implemented by flicking a switch. You can’t just say ‘here it is’ and expect the policy to succeed. So when the Greens base their entire policy platform and costings on the assumption that if they were in power, they would instantly be able to introduce a much higher rate of tax for mining companies, it does make Labor supporters a little wary of these ‘perfect world’ scenarios, which would, from Labor’s experience, not be possible without a huge fight by some of the most powerful, influential industries in the country. Whether it’s right or not that mining companies influence policies affecting them, it’s reality. Labor has to work within this reality. And so would Greens if they ever had a chance.

It should be obvious, but it obviously needs to be said, that it would be much more productive for all progressive voters to fight on the same side. It would be much more productive for us all if the Greens didn’t spend their entire lives bagging Labor as ‘not being left-wing enough’, while also ignoring the political reality of the battle required to pass progressive policy. Rather than the Greens leaving all the battles to Labor, I think we all need to go back to basics, and battle this out together. We need to acknowledge who the real enemy is, which is anything getting in the way of progressive policy, surely?

I acknowledge that there will always be times where Greens don’t agree with Labor about various policies. But if a Green is judging Labor against an unobtainable utopian outcome which would never be possible in Australia’s political reality, I don’t think Greens are either being fair to Labor, or helpful in furthering progressive reform. I think Greens need to grow up and learn that some progress is better than no progress, whether a policy is perfect or not. We all also need to learn that the only way we’ll get anywhere is fighting for progressive reform together. If that means Greens have to compromise and negotiate, they have three years to work out how to do this.

The mainstream media’s political reportage has been in a downward spiral from low quality, low integrity, to downright unethical and immoral in the last few years. Following Murdoch’s lead, it now appears to be completely acceptable for political journalists from a range of media organisations to be completely devoid of the ability to be balanced, fair, and objective in their scrutiny of the political choices faced by voters.

Abbott not only had a free pass throughout the entire election campaign by avoiding examination altogether, he was also able to get away with hiding his costings and policy details from voters until the very last days of election. Even when they were released, they were barely reported.

This isn’t just disappointing. This is a travesty and a huge embarrassment for Australia’s mainstream media. For Murdoch to gloat on Twitter after Abbott’s victory speech that other countries will follow Australia’s lead in moving to the right, just shows what a scary, megalomaniac, wannabe dictator we have controlling the vast majority of newspapers in Australia. Progressive voters should be incredibly concerned about this situation.

So what do we do? The first thing we should acknowledge is that angry bogans who have delivered Abbott his victory are not reading this blog post. They are much more likely to be Daily Telegraph readers than they are Twitter users. So how do we reach them? Labor needs to improve their communication skills. This means the communication carried out centrally by the party, and the communication skills of the individuals within the party. Labor members know exactly what the ALP stands for, but do angry bogans?

Since we know swing voters are not going to learn anything good about Labor by reading the newspaper or watching the nightly news, we need to find ways to communicate without relying on the mainstream media. When Labor has a chance to communicate with voters, whether it be individual MPs in interviews or via political advertising, Labor’s message needs to be strong and clear. And all the leadership infighting has to end right now. The party needs to go back to basics and remind voters why they need and rely on progressive reform to improve their lives. If Labor has learnt anything from the last 6 years it is that the electorate won’t automatically give them credit for popular policies – they need to learn how to sell these policies to get the political success they deserve for their hard work.

Progressive voters need to go back to basics to beat Abbott in 2016. I think we can do it. Who is up for the challenge?