The Macklin Media Beat Up 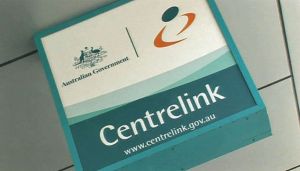 When Jenny Macklin was asked if she could live on the dole, her best option, in retrospect, would have been to do a Tony Abbott and walked away from the question. There was never going to be a right answer – if she said she couldn’t live on $246 a week, the journalists would have crucified her. If she said she could live on $246 a week, well, you’ve seen the response. The frustrating part of this whole ‘news story’ is that the real story is not about Macklin and how much she earns. The real story is the living conditions of the people who have no choice but to survive on the Newstart Allowance of $246 a week. Instead of asking Macklin hypothetically if she could live on the dole, why not ask the question of someone who really is living on this measly income?

The reason Macklin was asked the question in the first place was not because the Newstart payment has been altered. The policy change is to the Parenting Payment. From 1 July 2006, the Howard government changed welfare arrangements as part of their Welfare to Work reforms. Parents were moved from the Parenting Payment to the Newstart Allowance once their youngest child turned 6 for couples, and 8 for single parents. At the time, those already receiving Parenting Payments were allowed to continue doing so until their youngest child was 16. Now the Labor government has removed this grandparenting so that people who have been receiving Parenting Payments since before 2006, are now in line with the new structure. This equates to around 80,000 single parents receiving up to $60 less per week as of January 1, as they move from Parenting Payment to Newstart.

Unsurprisingly, the media is choosing not to focus on the technicalities behind the change to the Parenting Payment, to say nothing of the pros and cons of the policy. They are instead turning Macklin’s comment that she could live on Newstart into a ‘scandal’. Crowds in the Twitterverse are following the media’s lead and are circulating #Macklin hashtags to voice their outrage at her comment. I’ve written before about the power of Social Media as a tool for activism – but in this case, it seems to be that the outrage is misdirected at Macklin when we should be using our energy to talk about the big picture issue of welfare.

How is welfare funded? What level of payment is fair and reasonable for people to live so they are not below the poverty line? How can 600,000 people, many of them with children, possibly be ‘incentivised’ to find a job when the government is only paying them enough to survive, not enough to live? Are there really jobs for these people? Would it help if training and education were more accessible so that people can improve their chances of getting work? After all, the dole isn’t designed to be a life-long income. But it would seem to me that once you find yourself in a situation where you need this government support, the income is so miniscule that you get trapped in a cycle of poverty, which makes it even harder to find work – physically and emotionally.

We could include in this discussion the difference between the welfare policies of the Labor party and the Liberal National Coalition, which in this case, don’t seem to be very different at all. This might seem less exciting than yelling at Jenny Macklin, but isn’t it important to at least be informed about how we came to have a Newstart allowance at $246 a week, and how we could fund an increase within our current tax revenue structure, and whether either of our major parties are supporting an increase? Might taxes need to be boosted if we are to increase the Newstart allowance? If so, which taxes and who should pay the most?

The problem with big picture issues like welfare is that they aren’t as easy to campaign about as so called ‘scandals’ such as a politician’s answer to a question in a media conference. Macklin is an easy target for outrage – but how many of those who are angry remember that Macklin was instrumental in increasing the Aged Pension in 2009 by $30 a week for single pensioners? Is Macklin really the ‘bad guy’?

If we, as media consumers, expect our mainstream media to lift their game, and to discuss the ‘big issues’ such as taxation, welfare, employment and the gap between rich and poor, we should encourage journalists away from trivial scandals about the cost of Macklin’s lifestyle. Petty articles about Macklin just make it even harder for real discussions about policy to be heard.

The Newstart allowance was $246 on the last day of 2012, and was still $246 on January 1 2013. Where was the outrage about this tiny dole payment before this latest media beat up? It doesn’t matter how Macklin answered the question about whether she could live on this income. It doesn’t matter if you choose now to abuse Macklin on Twitter. What matters is what you plan to do about your outrage about the size of the Newstart allowance. Real activism takes hard work and dedication – join a political party, write letters to your local member, start a petition, talk to people in your community and make sure you are informed about the big picture. If you’re not willing to do any of these things and would prefer to stick with your #Macklin hashtag, your contribution to improving this situation is zero.