Pay as You Read – eBook Promotion 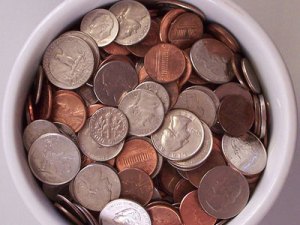 Previously on this blog, I have shared my ideas about new and innovative ways for authors to promote their work, and to make a living from self-publishing novels.

I want to share another idea I have had on this topic.

This brainwave came to me when I was thinking about the plot of Conspire, and whether it was enough of a ticking time bomb. I have always believed that a good thriller or mystery must keep people turning the pages. The reader should always be searching for answers, and be given enough information to keep them sustained on their hunt for the final truth.

If I am successful in writing a page turner, I should be able to achieve this quest – producing something that readers find difficult to put down.

I’ve already proved I can write something that people are interested in downloading for free as an eBook. So my new idea builds on the idea of giving people a taste of your work, and then asking them to pay for it once they are ‘hooked’. Many authors are trying this, in the form of a free sample of their work. They figure, rightly, that if a reader doesn’t have to invest anything in trying their work, and decide it is worth the money to keep reading on after the free sample, they will make more sales than they ordinarily would by asking for money up front.

I’m thinking that I could take this concept one step further, and charge the reader only for the chapters they actually read.

Conspire has 83 chapters. I could offer the first five chapters as a free sample. The rest of the 78 chapters would then be charged at ten cents each. The first ‘paid’ chapter would need to be paid for, either with credit card, pay-pal or direct debit. But the transaction of 10c wouldn’t go through straight away. Perhaps six weeks later, the eBook software would work out how many chapters were downloaded, and the grand total of 10c per chapter read would be debited from the reader’s account. If they like the first five chapters, and download five more, but then never pick the book up again, they only pay 50c. If they get to the end of the book, by being satisfied enough with the story to download every chapter, they pay $7.80.

This is a win/win situation for me and the reader. I get incremental revenue from people who may not finish the entire book. And the reader only pays for the entertainment they’ve received. There’s no risk for them – as soon as they lose interest in the plot, they stop paying for it!

Think about all the times you’ve seen a movie and said ‘well that was a waste of $15!’ Imagine if you only paid for the parts of the movie you enjoyed. Or if you didn’t like it at all, you never paid anything!

I’m not exactly sure how I would make this work in practice  – it would be difficult to utilise the pay per chapter process from an eBook site such as Amazon or Smashwords. But these are just details to be worked out at a later stage. I like the idea and I think it has publicity and practical value.